How Your State of Mind Affects Your Performance 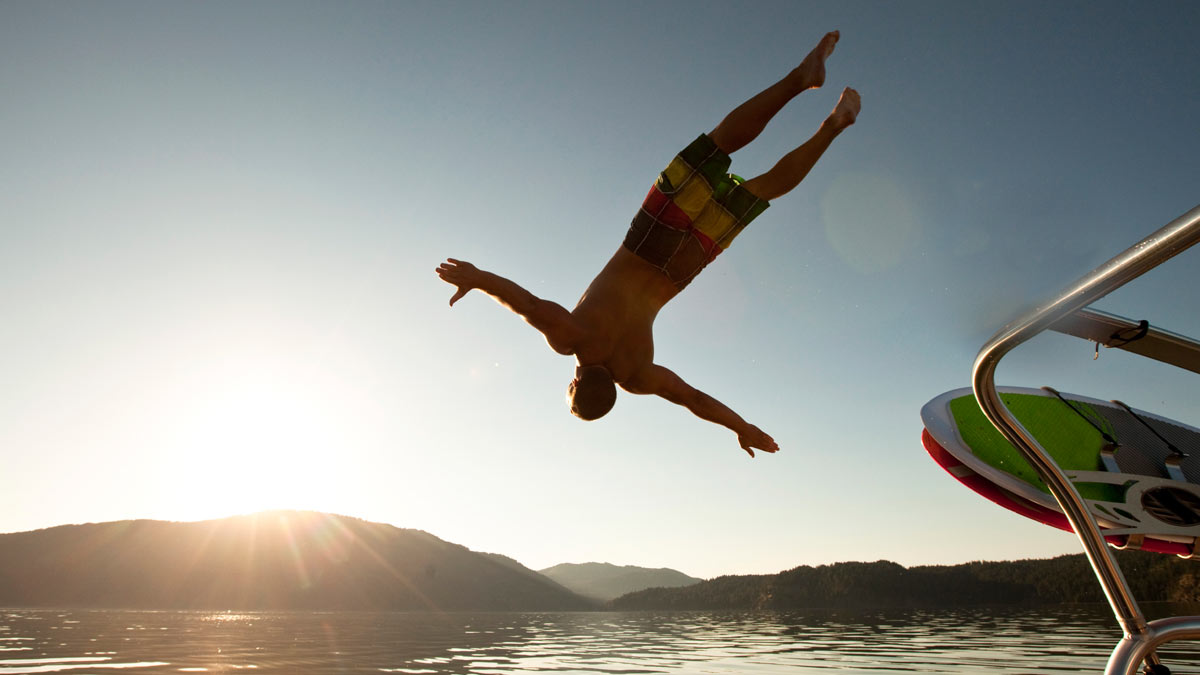 Don, a senior vice president for sales at a global manufacturing company, wakes up late, scrambles to get showered and dressed, has an argument with his teenage daughter over breakfast, then gets stuck in traffic on the way to work and realizes he will be late for his first meeting.

Donna, a marketing executive, wakes at 6 for a quick spin on the exercise bike, takes a moment to stretch and relax, then quickly gets herself ready, dresses and feeds her two kids before walking them to the bus, then catches the train to the office.

Which executive will have a more productive day at work?

That depends on whether Don—who’s had the more difficult morning—is able to manage his state of mind. For 20 years, we’ve worked with leaders in more than 30 countries and across diverse industries to help them understand how state of mind (that is, their moment-to-moment experience of life as generated by their thinking and as expressed by their feelings) can affect their leadership, and to help them manage their respective states of mind, rather than being managed by them.

Two years ago our organization launched a long-term global research initiative to provide quantitative data on the topic. We selected 18 states of mind and surveyed leaders around the world on how often they experience each one, the impact of each on their effectiveness and performance, and what they do to manage their states of mind. To date, we have surveyed and interviewed over 740 leaders.

Below is a chart that lists the percentage of leaders who reported experiencing each of the 18 states of mind often or regularly: 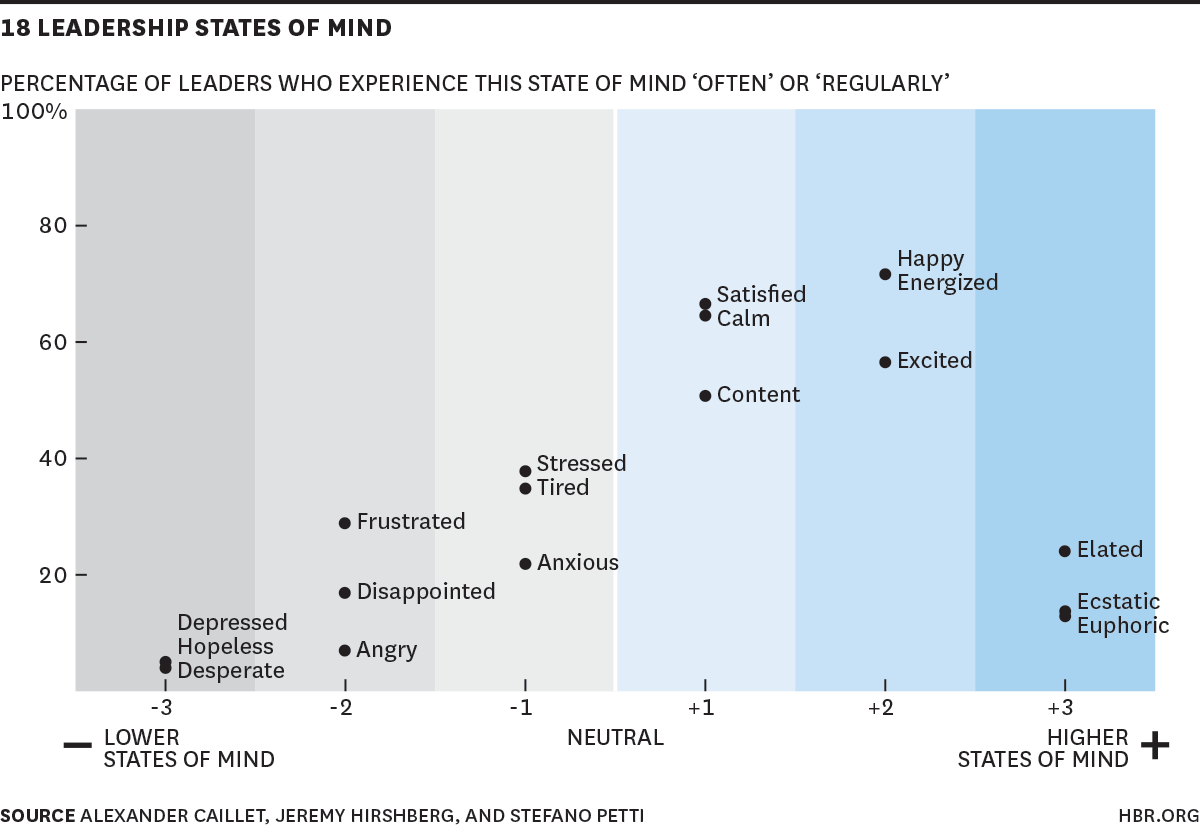 Of the 18 states of mind in the chart, it came as no surprise that 94% of respondents reported that Calm, Happy and Energized (CHE) are the three that drive the greatest levels of effectiveness and performance. As Giglio Del Borgo, a country manager at Experian explains: “If you are energized, without being necessarily too excited about things or euphoric, that energy will transmit into the people working around you.”

The chart clearly shows that most leaders seem able to access CHE states on a regular basis. However, Frustrated, Anxious, Tired and Stressed (FATS) states of mind were also relatively common. And we found that certain factors such as age, gender, organizational level, organizational tenure, span of influence, and type/size of organization, are correlated with similar states of mind, with lower states more prevalent in certain categories of people—including the young, the male, those with less tenure, and those operating at lower organizational levels.

Most leaders reported that FATS states often yield benefits in the short term but are detrimental in the long term – especially to relationships. They also report that it is difficult to shift out of these states of mind when they are consistently present in the organizational culture or environment. Davida Fedeli, a former vice-president of human resources for Western Union Europe, told us: “There were times during the change integration process when I was constantly feeling frustrated because I was second-guessing stakeholder expectations. [But] at the end of the day, I was not getting the results I wanted by continuously staying in that state of mind.”

The leaders who responded to our survey also reported that it is much harder to shift from below the line states of mind to above the line states of mind. As Jim Daniell, COO of Oxfam America, noted, “When you’re stressed and frustrated it is much harder to see the state of mind you are in, and unless you have clear strategies to be aware of it when you are in it and then shift it, you more than likely will cause serious harm to yourself and your organization.”

Thoughts and feelings. Acknowledge your emotions to reduce their intensity. Allow your thoughts to be transient. Visualize positive images to generate positive feelings. Refocus your attention on different stimuli. Journal to find clarity. And engage in meaningful conversations to foster understanding and optimism.

Health and well-being.  Eat a well-balanced diet, stick to an exercise regimen and get adequate sleep to maintain your energy and balance.

Everything in the last category is a must-do. From the others, we recommend choosing the handful of practices that work best for you, then employing them together with consistency.

Don did just that. Realizing the state he was in, he took stock of his anxiety, engaged in deep breathing, visualized having a positive conversation with his daughter, and accepted that he would not change the traffic. He then began to explore how he would manage his lateness and his workload. His state of mind shifted and he felt clear for the first time that day.

Alexander Caillet is an organizational psychologist and international management consultant. He is on the faculty of Georgetown University’s Institute for Transformational Leadershipand its Leadership Coaching program.

Jeremy Hirshberg is the regional director of leadership solutions for the Center for Creative Leadership in San Diego, CA.

Stefano Petti is the managing director of Asterys, a consultancy specializing in leadership and organizational transformation based in Rome, Italy.